My 2013 was on steelies and winter tires. Had an irreparable flat last fall on summers, so switched to winters and drove on those until my return a few weeks ago.

Ricepoint rep at the dealer asked me a couple of times if I had the original rims. I said no. He said it shouldn’t be a problem. He was actually great. 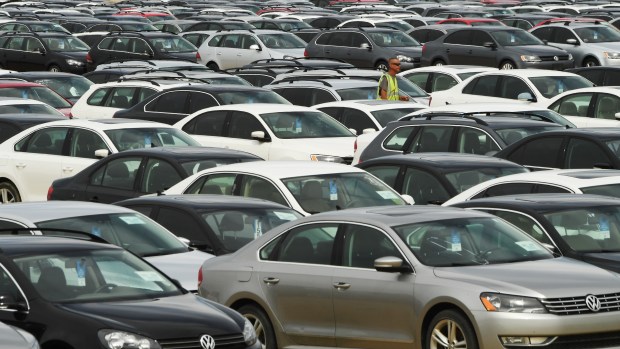 The problem came when he uploaded photos of the car to Ricepoint. I was put on the phone and asked about the rims, if I had them. I told them I didn’t. I was then told it was considered stripping the car and that I would have to wait up to 72 hours for a decision. I was taking the trade-in option and picking up a new VW at the dealer, insurance and plate switch transfer for that day already arranged. To add to it, I was flying out of town the next day for a week. Ricepoint appointments are only once a week at this dealer so it would be at least 2 weeks for another.

Nobody was happy, including the local Ricepoint rep (he wasn’t a problem). We tried escalating the decision to get it done. Ricepoint on the phone said the delay was because VW needed to make a decision, which was complete bullshit. It was Ricepoint’s decision. If it was VW, why would they get picky about the used rims, esp when they were about to keep a VW customer, despite their scandal, with a new sale.

In the end, the ‘decision’ was made after about 2 hours with no penalty, just frustration.